Guido Gentile
La Sapienza, Rome
Guido Gentile is Associated Professor of Transportation Engineering at DICEA - Sapienza University of Rome, where he teaches Transport {{MORE}} Modeling and Planning. He is also President of SISTeMA srl, started as university spin-off and now a company of the PTV Group with more than 30 employees, where he directs Research & Innovation. He was born in 1971 in Rome, where he graduated cum laude as Civil Engineer in 1996. He obtained a Master in Corporate Finance at LUISS in 1996 and a PhD in Transport Engineering at Sapienza in 2000. He is enrolled in the Professional Engineering Association of Rome since 1996. His main fields of scientific and professional interests are: static and dynamic traffic assignment to road networks, simulation and management of public transport systems, travel demand and route choice models, city-logistics and network design, infomobility and intelligent transport systems, smart cities and mobility management. He is author of over 110 scientific publications most appeared in international journals, of over 170 presentations and keynote speeches in conferences, of several software and of well-known algorithms for the simulation of transport networks. Among these LUCE and TRE, that are also included into the platform VISUM, Optima and HyperPath that are the backbone of the many Traffic Control Rooms built by PTV and SISTeMA all over the world, and of the suite Mobility Manager. Since 2011 he is Editor of the EURO Journal on Transportation and Logistics, published by Springer. Since 2012 he is Associated Editor of Transportmetrica B: Transport Dynamics, published by Taylor & Francis. From 2012 to 2015 he has been Chair of the Cost Action: Modelling public transport passengers in the era of ITS, were more than 100 researchers from all continents have been involved. His objective is to create technological innovation for environmental, economic and social sustainability.

Francesco Viti
University of Luxembourg
Francesco Viti is Associate Professor at the University of Luxembourg since 2012. He obtained his PhD at the TU Delft {{MORE}}and then he was associate researcher at KU Leuven, both top universities in the transport and mobility field. He is the head of the MobiLab Transport Research Group within the Engineering Unit. His research activities range from mobility analysis, development of decision support systems for travellers and for transport operators, Intelligent Transport Systems and network modelling and control. Having a strong interdisciplinary vision, combining engineering, computer science and social sciences, his team has well-established collaborations with different groups within the University of Luxembourg, as well as with international academic and industrial partners. He is author of about 60 publications indexed by Scopus, and more than 150 conference papers. He is reviewer of most of the top journals in the transportation domain, and is associate editor of Journal of ITS and Transportation Research Part C. Since 2008 he acts as External Expert for the European Commission. 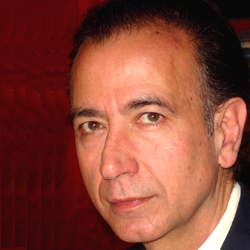 Markos Papageorgiou
Technical University of Crete
Markos Papageorgiou received the Diplom-Ingenieur and Doktor-Ingenieur degrees in Electrical Engineering from the Technical {{MORE}} University of Munich, Germany, in 1976 and 1981, respectively. He was a Free Associate with Dorsch Consult, Munich (1982-1988), and with Institute National de Recherche sur les Transports et leur Sécurité (INRETS), Arcueil, France (1986-1988). From 1988 to 1994 he was a Professor of Automation at the Technical University of Munich. Since 1994 he has been a Professor at the Technical University of Crete, Chania, Greece. He was a Visiting Professor at Politecnico di Milano, Ecole Nationale des Ponts et Chaussées, MIT and University of Rome La Sapienza; and a Visiting Scholar at the University of California at Berkeley. His research interests include automatic control and optimisation theory and applications to traffic and transportation systems, water systems and further areas. He is a Fellow of IEEE and a Fellow of IFAC. He received several distinctions and awards, including an ERC Advanced Investigator Grant.